I used a lot of time researching 1910 East Belfast, and how the workers' cottages looked like, a good tip is the Ulster folk museum.

Finally I decided to recreate the ground floor as a 1910 workers cottage, and from the stairs to the bedrooms, my artistic inspired Titanic ship bedrooms, a combination of the very rich and poor.

The work had to start, and like Becfola, Victoria is built on a marshland, so again the damp issue needed to be fixed first, then I had to remove the wall from the living room to the Kitchen to utilise the space, then I added a gas fire in brass, the floors and walls got panelling, and as in the olden days the iron bed was placed in the living room, a Belfast sink was put in place and again a new Victorian bathroom suite was added.

As for the colour, I decided on a blue front door, and painted the brickwork white, added some traditional shutters, so the blue door meant that the colour scheme would be dark blue, light blue and white.

Inside I had found many old pictures from East Belfast in 1910, so the hallway is covered in wonderful pictures and inside the living room, pictures of the building of the Titanic. 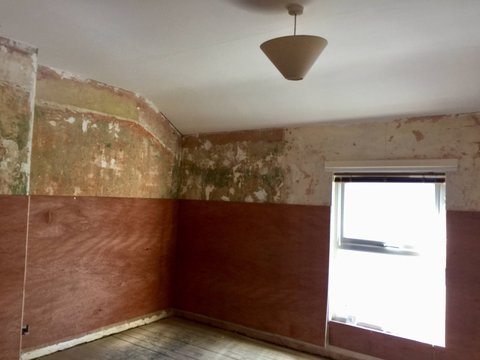 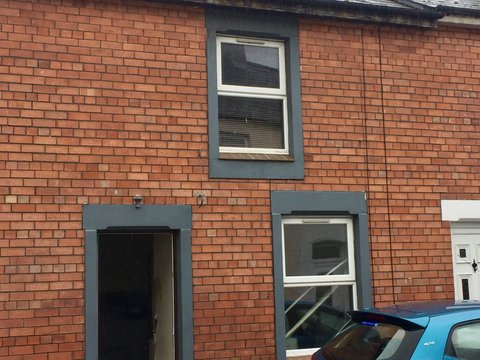 All the new hand made traditional doors inside were painted blue and light blue, the ceiling was painted light blue, and the walls above white washed.

Again I needed to be authentic so lace curtains for the windows and to cover the TV if the guests want to feel as if they are back in 1910, I also added sound design with sounds from old Belfast, with all the great Irish DVD movies, books found in the living room.

As the bathroom is on the ground floor it was also brought back to 1910 style with a wooden varnished floor, and traditional plastering on the wall.

The backyard was given a roof and table and chairs and a traditional gas “style” lantern, a grill with a tiny herb garden, 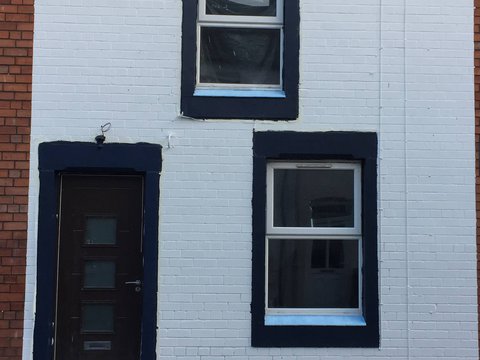 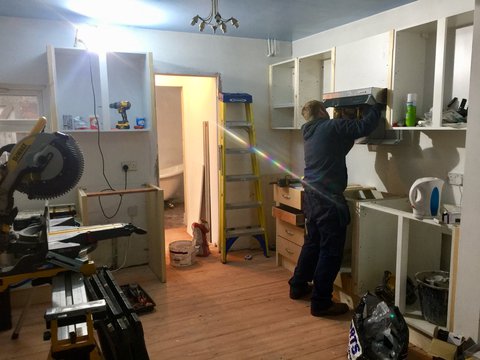 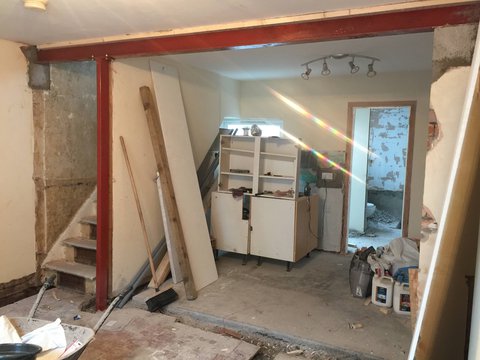 As for the stairs and the bedrooms, totally different dark wood panelling a white stair case and bannister, with portrait pictures of 1910 ladies when the guests reach the top of the stairs.

We arrive at the back bedroom first. Here again the dark wood walls and floors and the iron bed, but here with 4 months work, I got the upper walls and the ceiling hand painted with Cherubs and a heaven scene, we then move to the Honeymoon suite, again the dark wood floors and panelling and this time I wanted an Irish red headed Aphrodite with her golden wings and one of her lovers covering the entire ceiling and upper walls. 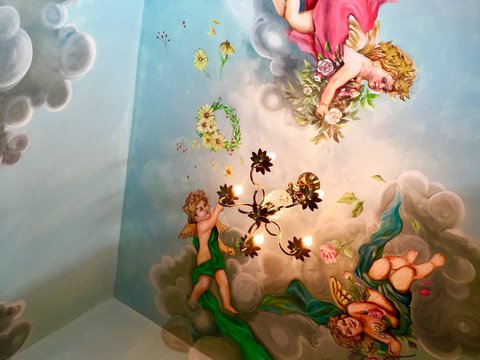 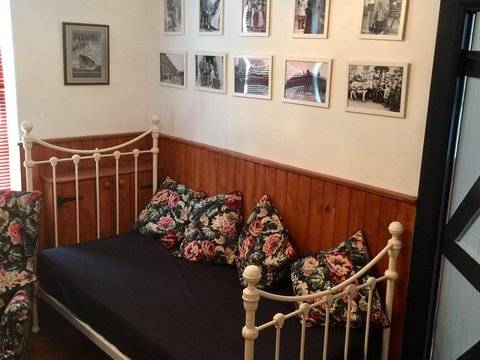 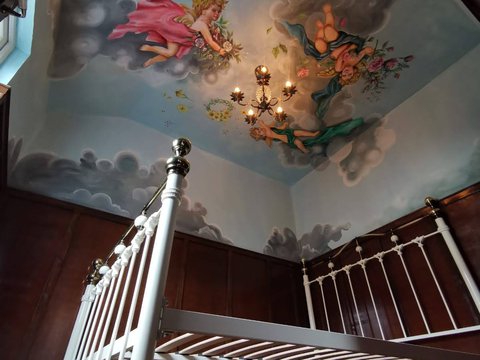 I have not made wardrobes in either of these bedrooms, as I wanted the guests to feel as if they are sleeping in an oil painting.

With Victoria the guests get both worlds all in the same cottage, and Victoria was finally finished in August 2020 after 1 1/2 years work.